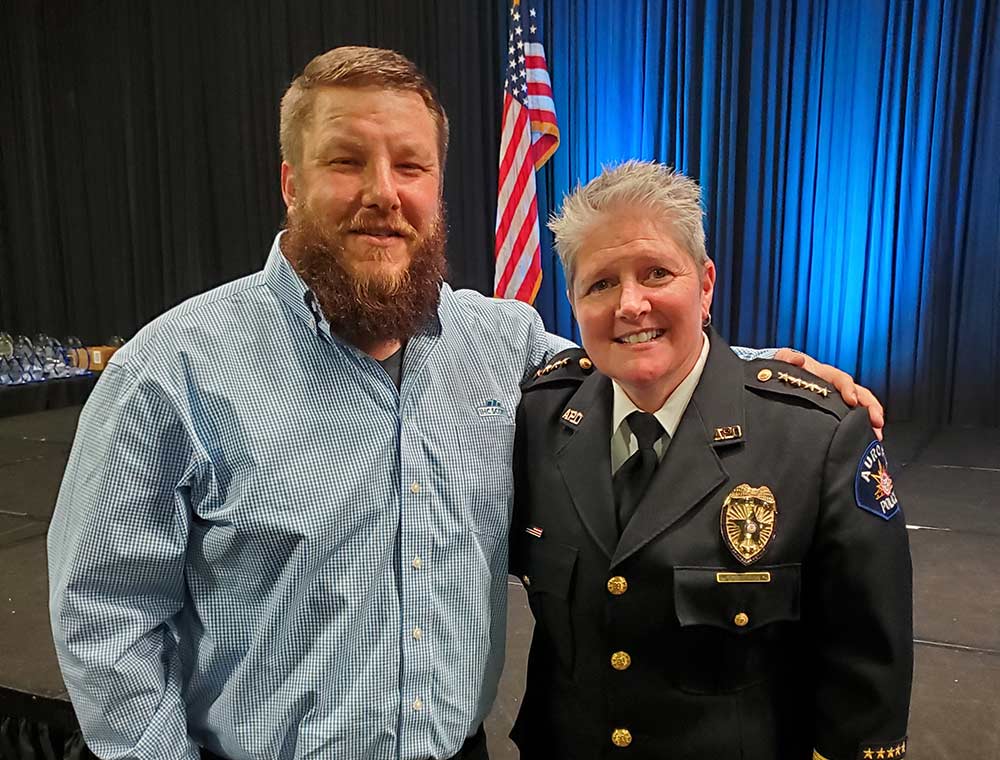 For IHC Scott employee Ben Winegar, September 3, 2020, seemed like any other day at work as a driver with IHC Scott in the Denver area.

A semi-tractor trailer with approximately 40,000 pounds of sand collided with a dump truck making a left turn that sent both vehicles off the roadway where they caught on fire, trapping both in a mangled, flaming disaster.

The driver of the semi-truck suffered serious injuries but was able to escape from the vehicle on his own. The operator of the dump truck was trapped in an area that was nearing fully engulfed in flames and held no safe and clear passage of escape.

Winegar had found himself as a close witness of the accident and the ensuing aftermath and, with only thoughts of saving a fellow driver, exited his vehicle with a fire extinguisher and calmed the flames before leading the driver out of the wreckage safely.

“I stopped as soon as I could safely, got out of my truck, grabbed my fire extinguisher in case I needed it and told another driver to call 911,” Winegar said. “I ran towards the first truck I saw, but that was the driver who already had escaped, and he yelled at me to go help the other guy. I saw this guy lying face down with fire all around and I grabbed him, put his arm around me, and yelled at him to go.”

“For me, I never really made a big deal about it. All those instincts just kicked in when it happened. Out here, we are all brothers and sisters on the road, and I did it because it’s the right thing to do and if it was me, I’d hope someone would do it for me too,” Winegar said.

For the Aurora Police Department and the driver who suffered burns on 55% of his body, yet is alive, it was a miraculous day for sure. The city of Aurora and the Aurora Police Department recognized Winegar for his bravery and quick action with a certificate of appreciation and recognition at an awards gala—a gala that saw 200 police officers recognized and one citizen, Winegar, recognized for bravery and heroic action.

“It took me a long time to accept what had happened,” Winegar added. “I’m grateful for the recognition, but I don’t feel like a hero. I don’t like praise. I was just doing what was the right thing to do.”

The right thing to do is a theme that Winegar says is present amongst all the IHC Scott employees and the Clyde family of companies.

“It feels good to work for a company that cares about you and cares that you do a good job and views you as family and celebrates with you,” Winegar said.