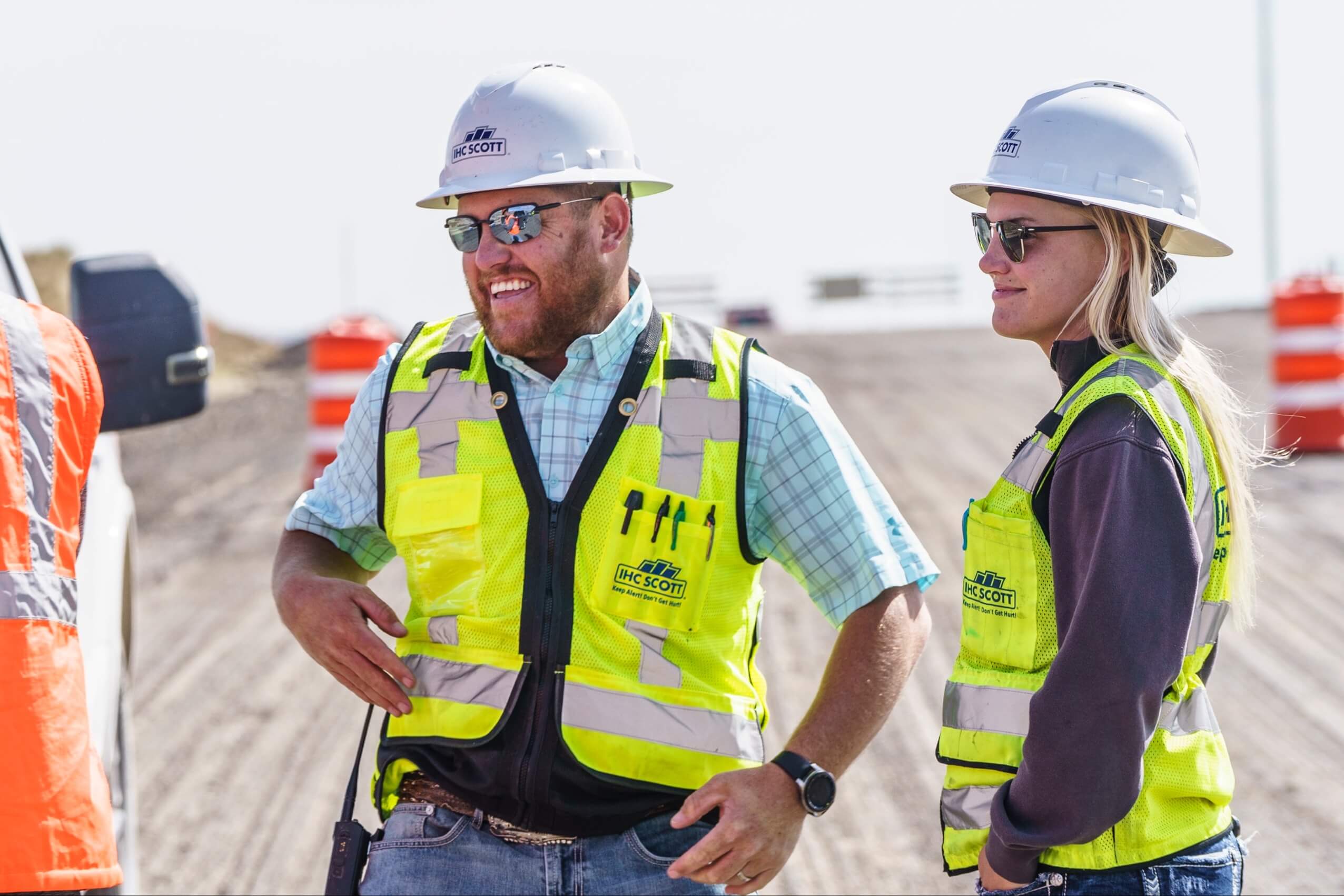 Women in Construction week is the first full week in March. Currently, only 13% of employees in the construction industry are female, according to Construction Coverage. By highlighting women at Clyde Companies, we hope to increase the number of women who decide to begin a career in construction.

Brooke Miller knew from a young age that a career in the construction industry was for her.

“In high school, I had a bunch of different jobs ranging from working on ranches to flipping houses,” Brooke said. “Then, when I was 18, I started running equipment for a small dirt work contractor. Once I started in construction, I realized that the people you go to work with become your family.”

After high school, Brooke went to study at Central College in Iowa. After some time there, she was contacted by Cameron Thompson, a project manager at IHC Scott and long-time family friend, about an open position with the company.

“He told me about a project engineer job,” Brooke said. “There would be plenty of room to grow and excel with the company, without needing to obtain any additional college education. I just needed to come and learn with a good attitude while indulging in the culture.”

Brooke jumped at the opportunity to work in the field she already knew she loved. She started with IHC Scott as a project engineer nearly two years ago, performing typical administration and pre-construction work.

However, Brooke hopes to progress to the role of project manager at some point in the future. She says she’s been able to get a lot of job training in other fields to help her prepare for that next step.

“I ran a paving operation one day,” Brooke said. “I just learned about milling operations. I’ve learned a lot of little things that will prepare me for the future of what I want to become. It’s also gone both ways. I like to teach my supervisor different office things such as special features in Excel. It’s been fun to watch us grow together.”

Brooke believes having women in the construction industry brings a diverse way of thinking to the table.

“In my eyes, men and women think very differently,” Brooke said. “When you have women on the crew, I think it gives a more rounded mentality that can strengthen the crew and the company. By having that difference in mind, there’s more balanced decision making.”

While still young in her career, Brooke will look to take advantage of every learning opportunity that comes her way. She wants to avoid the stereotype of being the “office girl” for the time being.

“Don’t get me wrong – that’s part of my job, but that’s not what I want to be known for,” Brooke said. “I want to be known as a woman builder who can go out into the field and know exactly what’s happening and what I’m doing. I want to manage that to the best of my ability each day.

“In this field, you work such long hours, and you’re doing things that most people don’t want to do. It’s the atmosphere of it all that made me just absolutely love it. I’ve always wanted to be excited and happy about where I show up for work.

“I don’t think there’s any other job in the world that challenges as much as this one but also teaches you so much every day. It’s the career for me.”