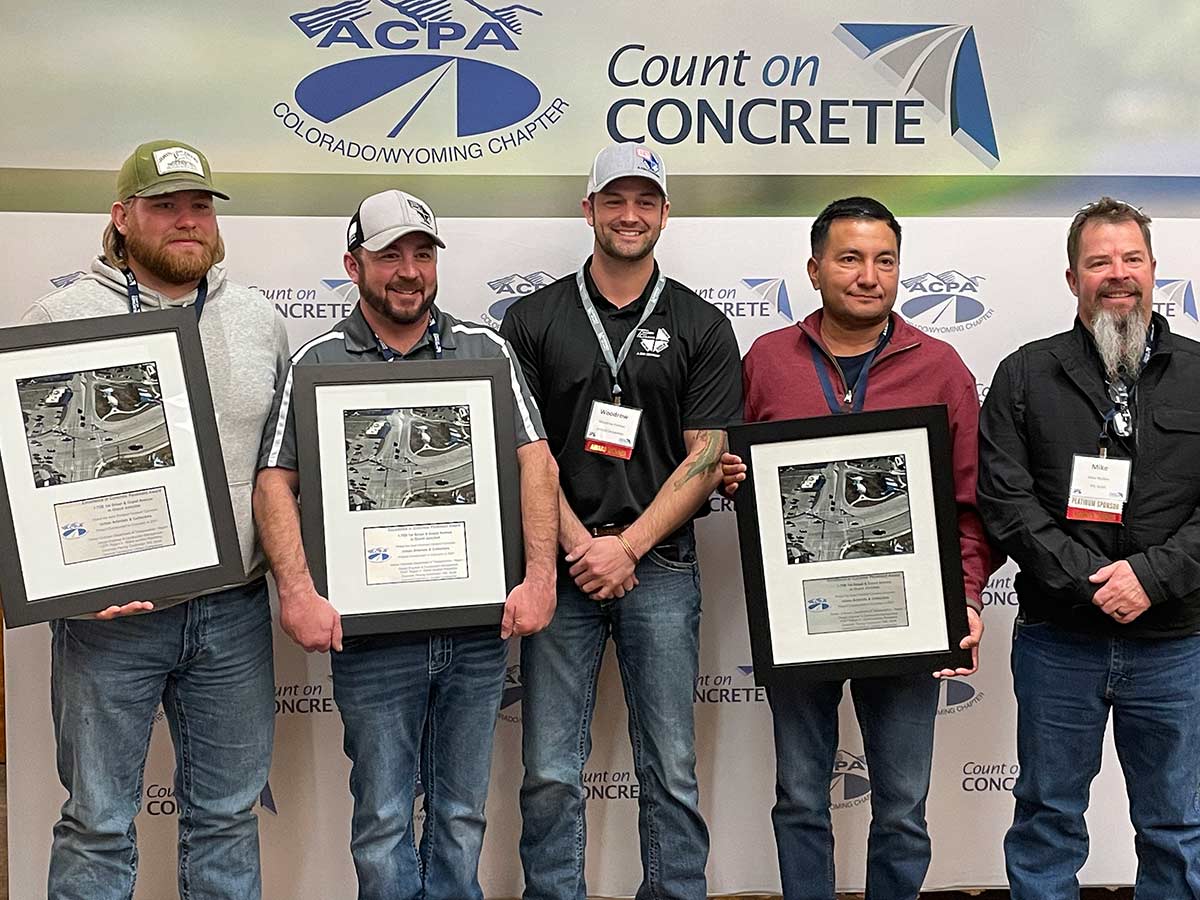 Below is a brief description of each of our three award-winning projects.

The I-80 Rock Springs — Rawlins (Rock Springs East) project involved the reconstruction of 12.7 miles on East Bound I-80. With nearly 50% of the traffic on this project involving trucks, the existing roadway was in great need of repair.

WyDOT elected to use portland cement concrete pavement as both a cost-effective alternative to the high maintenance asphalt pavement and a long-lasting upgrade. WyDOT elected to modify several of their dated PCCP specifications and used this project as a proving grounds. Transverse tining was eliminated, and non-destructive testing to verify depth and dowel bar locations was adopted in its place. The success of this project will lead to a sustaining concrete paving program in the great state of Wyoming.

Traditionally, this airport serves small, private aircraft as a commuter airport. There has only been one commercial airline and an annual military air show. In order to attract a second airline, it needed to expand its existing apron and construct a new taxiway.

The project was completed just in time for the second airline, Avelo, to start its service to northern Colorado.

I-70 Business Loop 1st and Grand

Over 30,000 vehicles (including 1,500 trucks) per day use this intersection, which is the main artery connecting Riverside Parkway and Interstate 70. The specifications for the project called for the intersection to be open during construction, and United Companies’ phasing plan proposed the installation of temporary roundabouts — one in the southwest quadrant during phase 1 and another in the northeast quadrant during phase 2. This approach saved the project money by eliminating the temporary traffic signals and allowed for longer concrete pavement placements to increase efficiency. There were no CDOT reportable accidents on the project throughout the four phases.

During excavation for storm sewer installation in phase 1, approximately 1,000 cubic yards of the existing material was found to contain radioactive uranium mill tailings and was taken to a radioactive disposal site in Grand Junction, Colorado. High-quality material from other parts of the excavation area was hauled, processed, and screened for use with the concrete aggregate.

IHC Scott paved nearly 39,000 square yards of 9.5-inch and 10.5-inch concrete pavement to provide Grand Junction and CDOT with a long-lasting, light-reflective pavement surface that provides increased visibility in a corridor that contains a high amount of business, pedestrian, and bicycle traffic.