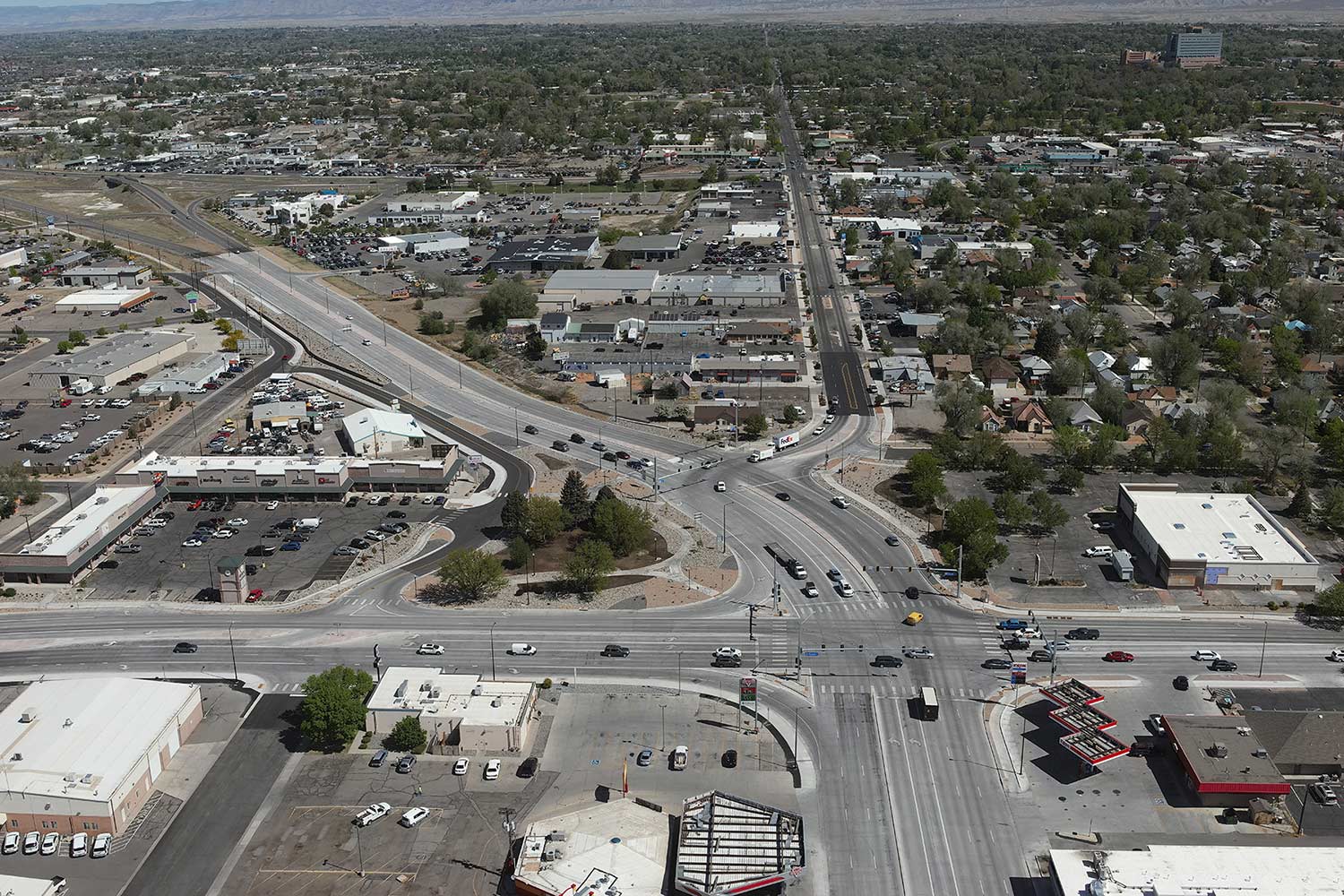 IHC Scott received a national American Concrete Paving Association (ACPA) award for its work on the Interstate 70B 1st Street & Grand Avenue project. The Western Slopes Area will be recognized in the category of Urban Arterials & Collectors.

The accolades will be received during the Annual Excellence in Concrete Paving Awards Program held on Thursday, December 1, in Nashville, Tennessee, as part of the ACPA’s 59th Annual Meeting.

The project itself included reconstruction and realignment of I-70B, SH 340, and North 1st Street as well as the construction of the I-70B frontage road. The main goal of the project was to improve the five-way intersection, including widening the roadway, consolidating access, improving street connections, and constructing improved bike and pedestrian connections.

Approximately 30,000 vehicles use this intersection each day because of its position as the main artery connecting Riverside Parkway and I-70 in Grand Junction. The intersection remained open during construction, which presented a challenge for phasing. This was solved by allowing a temporary roundabout, enabling longer pours and providing a smoother surface. The project required a high level of coordination as one of the most traveled intersections in Grand Junction and due to the amount of local business in the area.

Congratulations to IHC Scott and everyone involved on the project on a well-deserved national award!