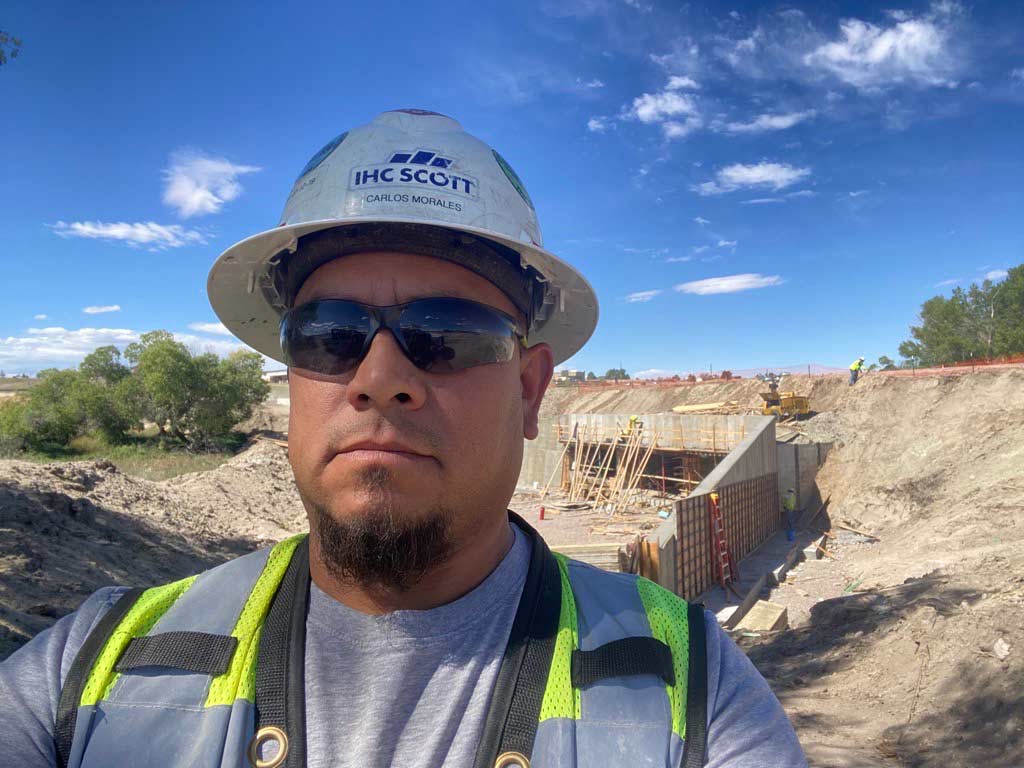 Carlos Morales is one of the veterans of IHC Scott, having worked for the company for the past 18 years.

“I heard about the company through a mutual friend who worked here,” Carlos said. “The job I was at previously was a dead-end job. So, I wanted to expand and learn more. IHC Scott gave me more opportunities for success.”

With his father having worked in the construction industry, Carlos had strong desires to follow in his footsteps and work in the same business. He appreciates what’s been made available to him at IHC Scott.

Carlos started his career with the company as a form setter and took on many other roles before adjusting to his current position of superintendent for the past eight years. He has enjoyed working up the ladder to get to where he’s at today.

“The main obstacle I’ve faced during my career has been transitioning from working in the field to performing superintendent work,” Carlos said. “I like working with my hands, and for the first year, I tried to do too much outside of my scope of responsibilities. It was hard to let that go and give my crew the trust they deserved. Once I did that, things progressed smoothly from there. They helped me step back more and more as we developed mutual trust. I had to learn to trust my team even though they make mistakes from time to time. However, the results and quality of their work is consistently excellent.

“It was a difficult transition for me because I’ve always been used to using my hands at job sites, but now I’ve been working to expand my brain cells. I was used to working day-to-day, never planning too far in advance. Now, I have to plan a couple of weeks out. I need to plan ahead to make sure my guys always have something to do. I’m always thinking ahead and planning for the future, seeing what the next steps are and what’s coming up.”

Carlos has seen firsthand the growth of IHC Scott and the company’s willingness to train and promote from within, as seen in his own career path.

“There’s a lot of growth within this company,” Carlos said. “They like to elevate people instead of hiring outside hands. I’ve seen a lot of that. People are constantly moving from entry-level jobs to their new interests. They want to hire within and help their employees get to the next level of their careers.”

Change has been constant for Carlos, not only in his career path, but also in the company itself he’s been a part of for the past two decades. He’s often seen the benefits that have come from being part of a growing company.

“It was good to see all the resources available to us as IHC and Scott Contracting merged to become IHC Scott,” Carlos said. “Immediately we had more equipment available to us, and our bank got a little bit bigger. It became a little easier to fix bigger machines and get newer ones when necessary. There was an abundance of resources right out the gate with brand new technology.

“When I look back at how far I’ve come, I realize that being a part of Clyde Companies has been life changing.”