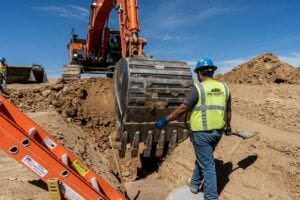 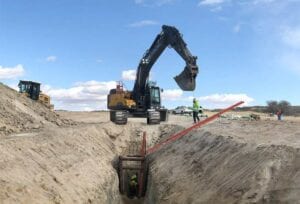 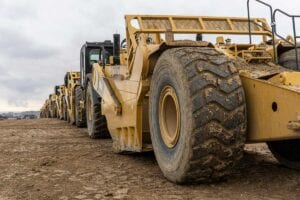 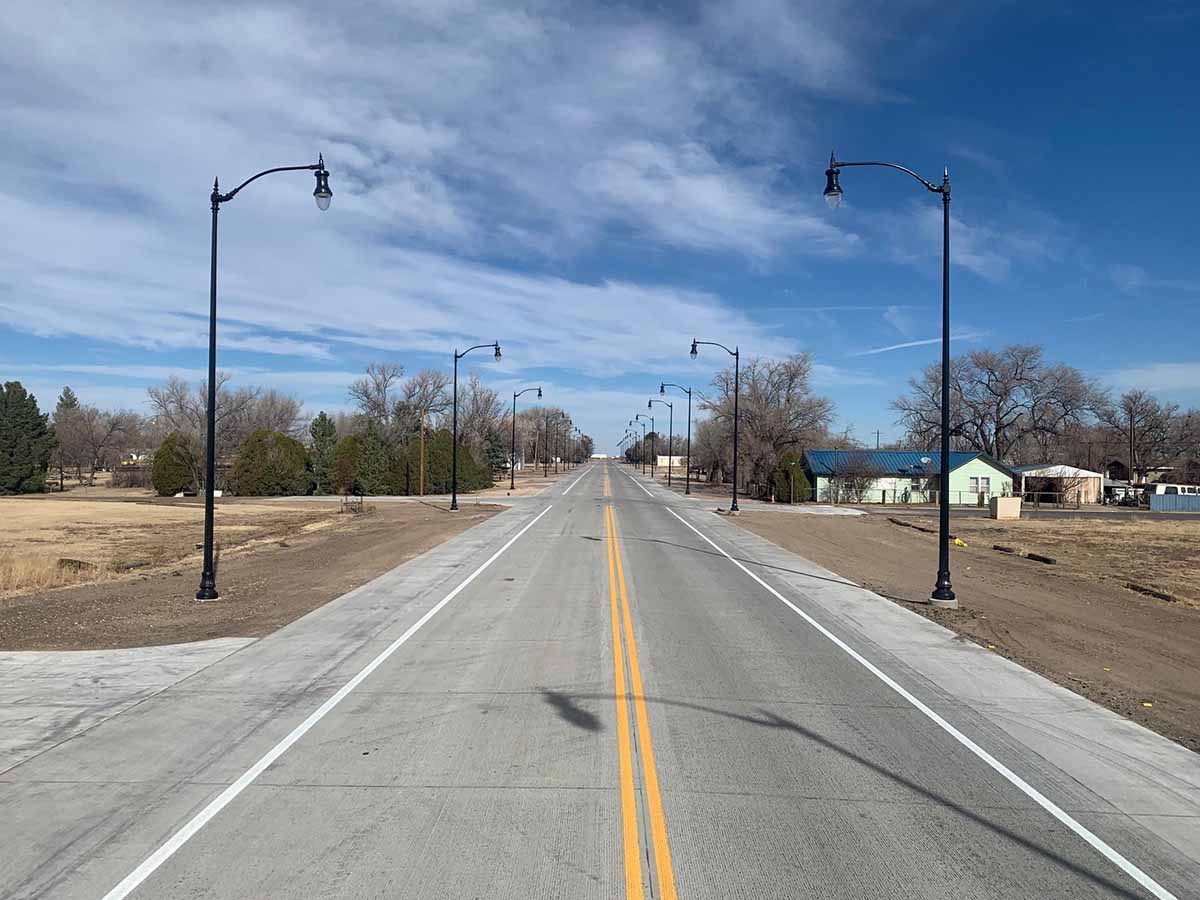 Boise City, Oklahoma is located at the extreme west end of Oklahoma’s panhandle. Within 40 miles of Boise City, you could be in any one of four other states, Kansas, Colorado, New Mexico, or Texas. US Highways 395/287 and 64/412 intersect at the Town Square in Boise City. These two major trucking corridors send more vehicles, daily, through Boise City than there are residents. Therefore, the Oklahoma Department of Transportation decided to spend more than $7,500 per resident to reconstruct Cimarron Avenue (US Hwy 395/287) and the town square roundabout.

The Cimarron County courthouse sits at the center of the town square roundabout with the two highways, doubling as city streets, radiating from the town square at the cardinal points of the compass. The pavement section consisted of removing the existing pavement, earthwork balancing and lime stabilizing the subgrade, placing Caliche aggregate base, and 9.5” of concrete pavement. Other work included new water and sewer lines, full lighting of Cimarron Avenue, landscaping, and traffic control.

Because of the importance of local and through traffic the project was broken into five phases. One phase being complete before the next could begin. The $11 million project was to be completed in 290 calendar days. Some additional days were added due to unforeseen site conditions, but the project was still completed early, earning the IHC Scott 100% of available completion incentive. 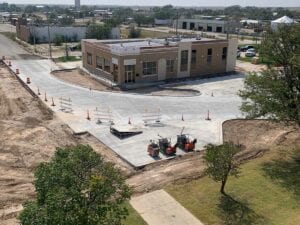 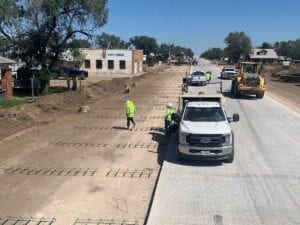 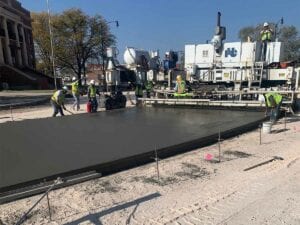 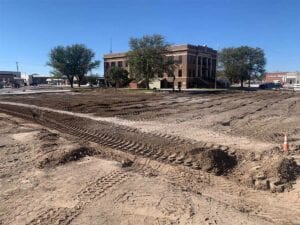