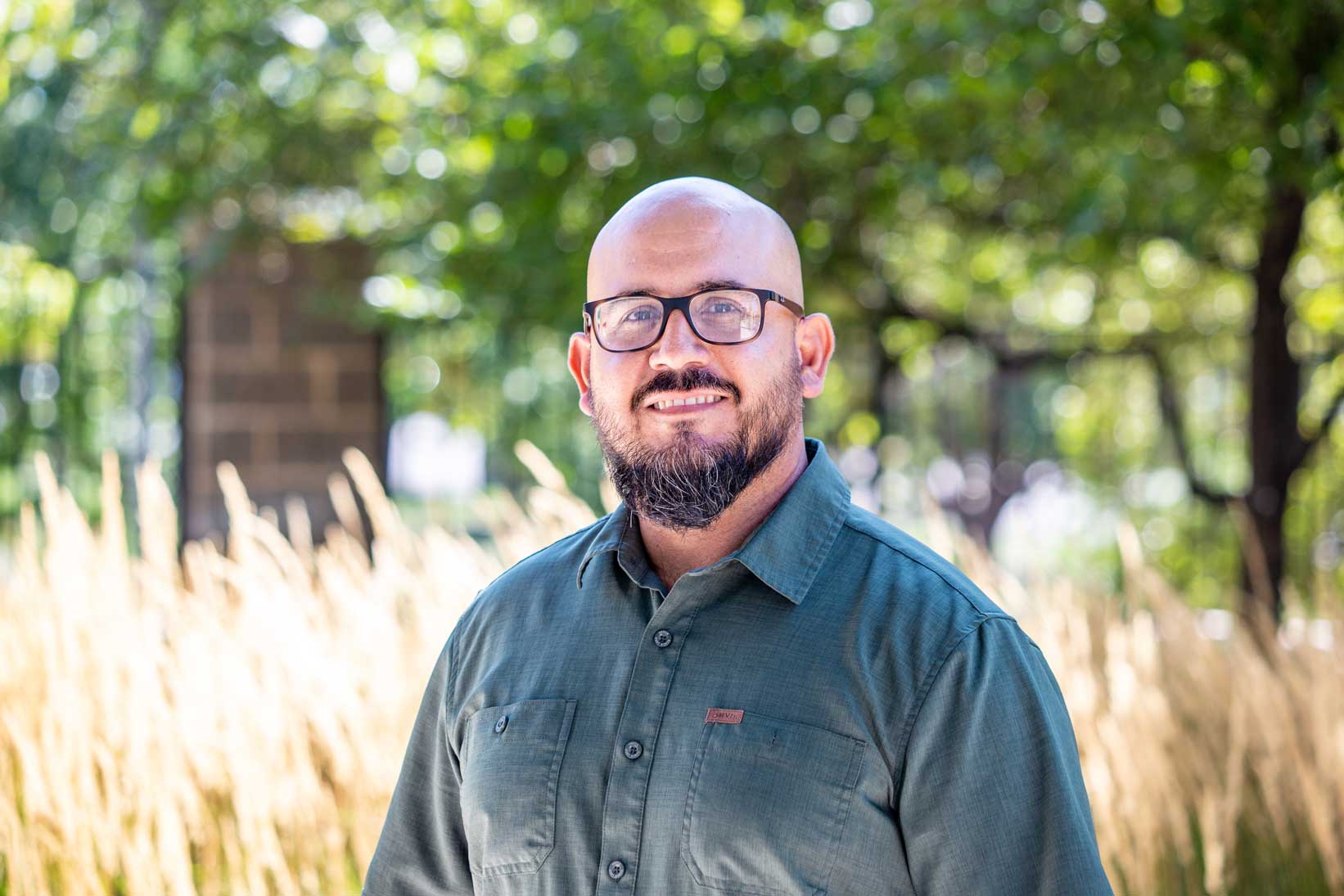 Eri Gonzalez enjoys the opportunities that IHC Scott has given him throughout his career. He hopes to continue to grow both personally and within the company for many years to come.

“I’ve never been in one position for many years,” Eri said. “I like that I’ve been able to move either laterally or up to a different role. I like the ability to change and that you’re not just stuck in one position. I feel like learning more makes me a stronger manager because I know a whole facet of the construction industry.”

Eri started with IHC Scott in 2000, beginning with Scott Contracting prior to the merger with IHC. He has had nothing but positive feelings associated with the company as he’s been promoted along the way.

“I was a foreman at a previous company before I joined IHC Scott as a heavy equipment operator,” Eri said. “A few months later, the foreman that I was working for stepped away from the company and recommended me to step into his place. Eventually, I became a project manager, so I’ve seen a lot of what the industry has to offer.”

Eri has felt incredible growth throughout his career. In addition to his responsibilities at job sites, Eri has volunteered his time and talents to the Diversity, Equity, and Inclusion (DEI) Committee with IHC Scott’s parent company, Clyde Companies.

“When I was first asked to join the committee, I didn’t think that I’d have time with my job responsibilities,” Eri said. “They explained that it was for all the subsidiaries of Clyde Companies, trying to understand what we wanted to bring to the table in terms of culture and inclusion. It has been a great experience.”

Originally from Mexico, Eri is the perfect example of diversity in the workplace. Eri started in the construction industry without a college degree, but that hasn’t stopped his continued growth.

“To me, that shows what the company is trying to do,” Eri said. “I feel like I can be the voice for people like me who want to see what their career could look like 20 years from now. The emphasis of IHC Scott is with diversity. I’m part of that and it’s huge. I love that the company is thinking outside the box and not just worried about making money. They want to reach out to the construction community. They’re looking at bigger horizons than other companies.”

Diversity has and always will be important to Eri, and he’s seen the impact that it has made in his own life. He also enjoys the opportunities he has to mentor and teach young talent the way of the business.

“IHC Scott has given me so many opportunities to grow and become what I am,” Eri said. “I know a lot of people in other companies that don’t get those chances, and they move on from their employers because of it. I hear and see all the good things that are going on, not just at IHC Scott, but throughout each of the Clyde Companies’ subsidiaries.”

Having had so many positive experiences in the workplace, Eri doesn’t see his career with IHC Scott ending any time soon.

“I would love to stay here until I retire,” Eri said. “It’s unusual that people stay with one company for many years nowadays, but I feel that IHC Scott is very fair with its employees. I would love to stick around and see my career here to the end.”